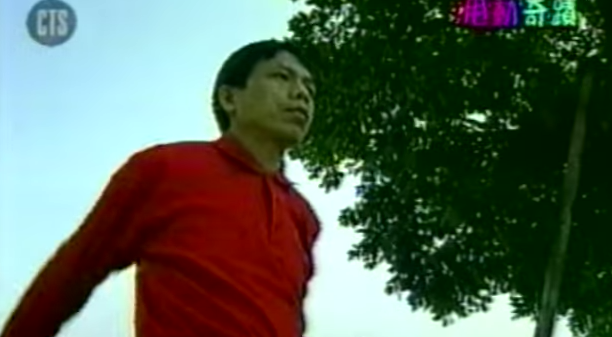 Swing your arms to the pink of health

The Taoist exercise Ping Shuaishou (平甩手) is very simple.  It involves practically only the swinging of two arms.

Do not be deceived by its  simplicity though.  The impact of the ancient exercise on health is tremendous.

Ping Shuaishou — may be translated as level arm swinging exercise — gets you to simply swing your arms, with slight bending of knees in between.  It has, nevertheless, saved the life of many.

One of the notable beneficiaries of the exercise is surgeon Xu Dafu from Taiwan.

The surgeon was devastated when diagnosed with the third-stage terminal colorectal cancer.  Being a surgeon for more than 20 years, he was aware of the impact of surgery and was reluctant to go through the surgical procedures – despite the stern warning from his medical fraternity about the likely fatal consequence.

It was by chance that he was introduced to the Taoist exercise. The exercise is so simple it did not take him long to decide on trying it out.  The results were, nevertheless, miraculous and he has never looked back since.

Upon three months of having started the exercise, the 5-cm lump in his body inexplicably vanished — together with the bodily pains.  Since then, the surgeon has diligently kept to the routine of swinging the arms to stay healthy.

He now also teaches his patients to do the exercise, and urges people with medical conditions to try the exercise out with a combination of healthy diet.

“When the arms swing downward, the muscles are relaxed,” he says. “This improves the blood circulation. The circulation is like a highway; it allows white blood and other cells in the immune system to travel to problematic area to help with healing.”

If you understand Mandarin, watch the video below to listen to the surgeon’s experience.  In addition to the surgeon, in the video you also see how a young child overcomes his skin problem with the exercise.

Watch the instruction video: Swing Your Arms to the Pink of Health

It is believed that a highly respected Indian Buddhist monk known as Bodhidharma introduced the exercise into China nearly two thousand years ago.  For centuries, the exercise has been part of the repertoire of training programs for martial art exponents, including monks in the Shaolin temples.

You can perform the exercise any time you like.  Depending on your physical conditions, you can begin by doing one or two hundred swings, and gradually increase it to two to three thousand.  The surgeon in the video does two thousand swings a day.

While the exercise is good for anyone who want to stay healthy, it is said to be helpful in improving a number of medical conditions, including hypertension, diabetes, cataracts, arthritis, cancer, hemiplegia, mini stroke, as well as heart, liver, kidney and lung conditions, . (Reference source: http://www.cndzys.com/aydys/ctydys/13482.html)

Secret to living a long, healthy and happy life For thousands of years, people have been intrigued by the question of how one can age gracefully without losing vitality. Is there an answer? Yes, and you can find it in Tao. Make Tao a way of life and flow with nature.  Just like this grande dame… 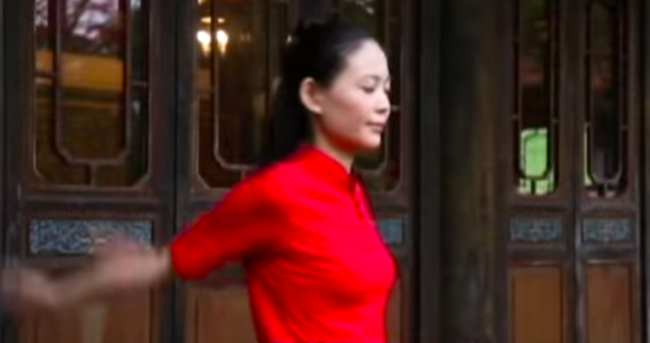 Simple ancient Taoist exercise that saves lives Ping Shuaishou (平甩手), or Level Arm Swinging Exercise, is a very simple Taoist exercise. It involves swinging of the two arms with slight bending of knees at intervals. Do not be deceived by its simplicity.  The exercise’s  impact on health is tremendous. One of the notable beneficiaries of…

Breathing exercise that aligns your body with nature Breathing plays a critical role in the Taoist exercises. The most basic of the breathing practices is  abdomen breathing.  It brings you all the way back to the way you breathed when you were a baby. Microcosmic orbit breathing takes a step further.  It is a breathing practice…

The five elements & The Tao of Diet with Shashi Solluna There are two distinctly different ways to look at the world. One of them is linear, the other cyclical. Adopting the linear view, you see the world as progressing from one point to another as if a straight line. So after birth, one would…

We used to breathe like a baby – don’t give up the gift of nature! If there is one thing that you can do to boost your health and intellect,  it is breathing. We breathe every second of my life — it does not matter whether we are awake or asleep,  happy or sad.  So if we can do something to derive…