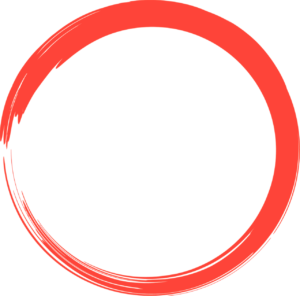 Are things in this world moving along a straight line or in a cyclical manner?

Those who are used to linear thinking would see it as a straight line.  After a day, it’s a night.  After life, it’s death.  What else can that be?

It can, therefore, be puzzling when they hear of the Tao of cyclical moments — that everything in the universe moves in a cycle.

A day doesn’t end at a night — a night is the beginning of another day.  Life doesn’t end at death.  Going by the law of conservation of matter, death is where a new transformation begins.

Things as contradicting as day and night and birth and death are not opposing one another.  They’re ultimately one.  They’re simply because different facets of a cycle.

They coexist as if the head and tail of a coin.  While they are on each end of a polarity, one can’t live without the other.  If the coin has no head, it has no tail.  They are part of an existence and they transform one another.

“Returning is the motion of the Tao.  Yielding is the way of the Tao,” says Lao Tzu in Tao Te Ching.

In every cycle, you see a natural progression of life.

Using the cycle of four seasons as an example, spring signals the birth, summer the growth, autumn the harvest, and winter the conservation.

The same progression happens in everything you do.  In a sales cycle, for example, the birth begins with prospecting, followed by a presentation of features and benefits – where the phase of growth begins.  The closing of sales is harvest, which will then lead to the phase of conservation — where you make yourself ready for another sale.

What if you see things in the linear, rather than the cyclical way?

You may end up missing the forest for the trees.

If you, say, want to increase the sales for your company by 10% in the next three months, you’re seeing the sales performance progressing from one point to another.  Linking the two points up it can form a straight line.

Can you increase the sales by just doing that?

Unfortunately not.  Sales wouldn’t be increased simply by desire.  You’d have to see the conditions that would bring about the increase and go along with it.  In this case, you’d have to move along a cycle.

Using the analogy of the four seasons, you’d have to see whether the conditions for the sales increase is in the phase of growth like spring — when the product is drawing attention; or entering the end of a cycle that is more like winter?

A different point of a cycle would require a different strategy.   Seeing only the points along a straight line could land you on only a part of a cycle, or a tangent to one or more cycles.  It can take you to a blind alley.

If you’re on the decline of a cycle, a better solution could be a renewal or the reshaping of the cycle.  See the things as a cycles grounds you closer to the reality, as it flows in the ways things in the universe behave.