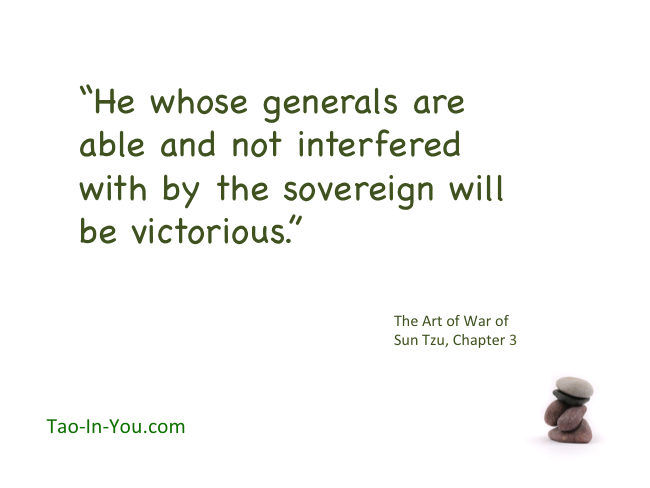 Good leader who wants to bring the best to his people may bring them harms instead – despite with good intention.

As a matter of fact, one of the biggest reasons for a leader to fail is, ironically, to be overly concerned.  As a result, he does not know when to interfere and when to stay in the background.

In the famous ancient military treatise — The Art of War — Sun Tzu highlights three ways in which a ruler can bring misfortune upon his army, and they are good summary of how leaders can fail their people through their unnecessary interference.

First, by commanding the army to advance or to retreat, not knowing that it cannot obey. This is called ‘hobbling’ the army. It is like strapping together the legs of a horse to prevent it from straying – but ending up the army being gobbled up by the enemy.

Second, governing the army in the same way as he administers a kingdom, forgetting that the army has to be managed differently. This causes restlessness and confusion in the soldier’s minds. The ignorance can be as basic as management style. In a peaceful environment, you may lead by persuasion and cajoling. But in the battlefield, asking a soldier whether he would like to advance would result only in confusion. Orders to advance or retreat are obeyed without question or delay.

Third, issuing commands without knowing the rapidly changing conditions at the front line. The local conditions change and fighting by the rules of previous battles may end up in disasters. Indiscriminate interference not only is a hindrance, but can also shake the confidence of the soldiers.

Knowing when to interfere and when to stay in the background is an art. Acting can be worse than non-action if the leader acts in the wrong way.

Think about it:  Who are your leaders? Is that your boss, your teachers, your parents, or someone holding political offices? People in these positions carry the responsibilities of leadership.  They should be leading. They are, however, not necessarily the true leader.  They could be just leaders in title. As what Lao Tzu says, the best…

A simple way to tell whether you are the true boss is to ask yourself, “Do I have to tell my people that I’m the boss?” It is not difficult to be a boss in title. So long as you’re willing to pay for people to work for you, or be bestowed a position of… 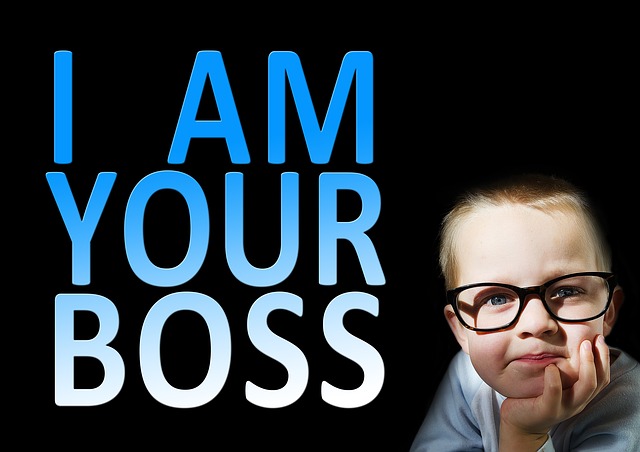 See how you can be the ‘invisible’ leader who wields the real influence A good leader is indeed ‘nowhere to be found’. He’s invisible! Most leaders we know are visible. Among them are laudable leader who is adored and respected by his people, and chieftain who asserts his authority by making people aware that he is… 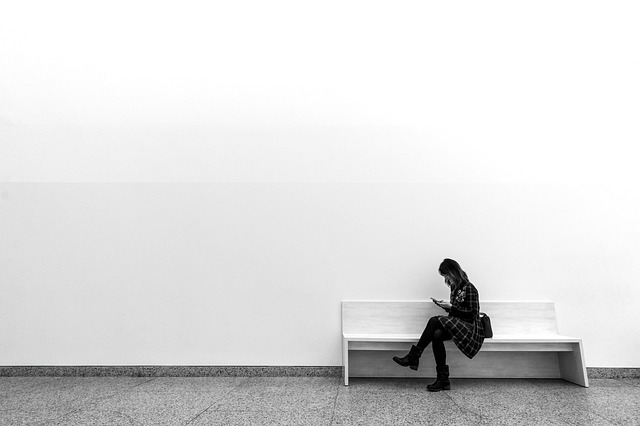 Tao is The Way, Not ‘Your Way’ There are many things that you can learn in Tao Te Ching, and these are three of them. First, staying detached. The first thing that you’d have to learn is to see yourself as part of the universe that you are in. You may wonder why I’m saying…

In Tao Te Ching SUCCESS is a state of being We often associate success with materialistic possessions. Big money, huge houses, flashy cars; the list goes on. This seems to be in stark contrast with what Lao Tzu teaches. He stresses moderation, conservation and contentment in Tao Te Ching. Does it mean that Lao Tzu…