Wuwei or non-doing is not just about doing nothing 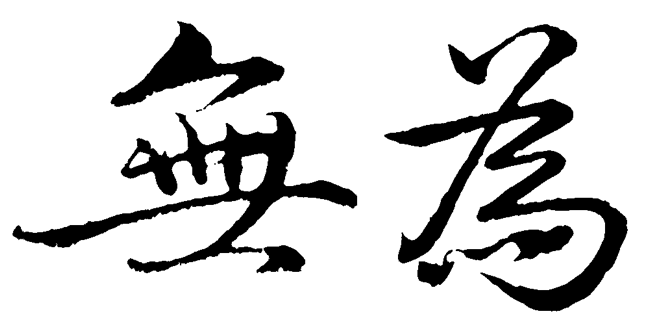 Wuwei is a Chinese word, written as 无为in simplified Chinese, and 無為 in traditional Chinese.

It is a key concept of Taoism, and the central theme of Lao Tzu’s Tao Te Ching.  Not knowing its true meaning risk missing the wisdom.

The word may be literally translated as ‘doing nothing’, or ‘non-doing’.  “The Tao does nothing, yet leaves nothing undone” is one of the well known phrases in the book.

Many people intuitively interpret ‘doing nothing’ as something passive, laid back or negative.  This is not wrong as far as the literal meaning of the word is concerned.  In the context of Tao, however, it misses something really fundamental.

In the eyes of Tao, if no action is needed based on the laws of nature, doing anything is overdoing.  The action however insignificant can do you more harm than good.

For example, if you are growing a plant, having given it the right conditions from the sunlight and the fertilizer to the water, leave it alone!   This is the best way to ensure the growth of the plant.

In this instance, doing nothing is doing something.

This is wuwei, or non-doing.

Wuwei does not always involve doing ‘nothing’.  Just like growing a plant.  You do not do absolutely nothing.  Watering the plant, for instance, is doing something.  The key point is you should not water too much or too little.  Doing it just right!  In this case, without excessive or wasted effort is non-doing.

It applies to everything we do if life.  If we can let nature take its course, things get done. If we go against it, little — or nothing — gets done, no matter how hard we try.

Doing nothing or doing less, however, is not as easy as it sounds.  Those who have tried meditation would probably has experienced the  challenge of sitting still and thinking about nothing.  Many people simply cannot do that.  This happens to other aspects of life as well.  Many problems we face often arise because we tend to do too much, rather than do too little. We tend to eat too much, talk too much, worry too much or interfere too much.

How to do less — or not to do something — is an art.  It is often an arduous challenge.

Mastering the art of non-doing would enable us to get more things done in life, without putting in more effort.